Editor’s Note: Morning Money is a free version of POLITICO Pro Financial Services’ morning newsletter, which is delivered to our subscribers each morning at 6 a.m. The POLITICO Pro platform combines the news you need with tools you can use to take action on the day’s biggest stories. Act on the news with POLITICO Pro.

Markets look to the Fed, again — All eyes are on the financial markets today after concerns about the spread of the coronavirus sparked an epic rout last week, wiping out $3.6 trillion in equity and capping the worst seven-day meltdown since the financial crisis. Dow futures were down Sunday evening, signaling that the drop will continue Monday. Much of the attention this week will be on what the Federal Reserve and other central banks will do after Chairman Jerome Powell finally weighed in Friday afternoon.

The Fed chief opened the door to an interest rate cut, a move that seemed to comfort markets a bit but not very much. Powell emphasized that the fundamentals of the U.S. economy are still healthy but said “the coronavirus poses evolving risks” and used the same language — the Fed will “act as appropriate” — that preceded cuts last year. Attention will now turn to how big of a reduction the Fed might make, and how soon.

OECD projects hit to global growth from coronavirus — As economists and financial markets scramble to estimate the potential economic pain of the coronavirus outbreak, the Organization for Economic Cooperation and Development has some sobering news in a report out this morning. Even if the epidemic peaks in China in the first quarter of 2020 and outbreaks elsewhere are “mild and contained,” the OECD estimates the coronavirus could lower world economic growth by half a percentage point, to a rate of 2.4 percent. In a more pessimistic scenario, global growth could drop as much as 1.5 percentage points in 2020, which “could push several economies into recession, including Japan and the euro area.”

Biden wins big in South Carolina; onto Super Tuesday — The race for the Democratic nomination is pressing on, and Joe Biden delivered the resounding victory that he was hoping for in South Carolina, putting his name back in the conversation as a serious contender alongside Bernie Sanders. Biden’s celebration may be short-lived: 14 more states will hold their primaries on Tuesday, including the biggest prizes of California and Texas. Super Tuesday will test both Biden and Sanders, as well as provide a definitive read on whether Mike Bloomberg’s high-rolling candidacy is for real.

A message from Wells Fargo:

Wells Fargo is charting a new future under CEO and President Charlie Scharf. Committed to leading with the highest standards of operational excellence and integrity, Scharf has installed a new executive team and is making changes to improve the company culture. Learn more.

IT’S MONDAY — Ben White is on hiatus but will be back later this month. In the meantime, please send tips to me at vguida@politico.com and @vtg2, and to my coworkers Zach Warmbrodt (zwarmbrodt@politico.com), Katy O’Donnell (kodonnell@politico.com) and Aubree Weaver (aweaver@politico.com).

WHAT WILL THE FED DO? — The Bank Policy Institute’s Bill Nelson, a former Fed monetary policy staffer, predicts in one of his periodic analysis emails: “There will be a coordinated easing across the major central banks … The global nature of the problem calls for a global response, a coordinated easing avoids the risk of competitive devaluations, and the coordinated actions during the financial crisis were considered especially helpful.”

Nelson said he expects a 50- or 75-basis-point reduction on Wednesday morning, citing previous coordinated Wednesday cuts on Dec. 12, 2007, Oct. 8, 2008, and November 30, 2011. “An announcement Wednesday will provide time for all the other central banks to take whatever internal steps are necessary. It will also allow time to see if the Chair’s Friday announcement by itself will calm the markets (seems unlikely to me).”

CORONAVIRUS RISKS BRINGING FINANCIAL FEARS TO LIFE — Your MM host and our Kellie Mejdrich: “U.S. financial regulators are facing one of their greatest challenges since the financial crisis: how to take control of mounting investor fears without stoking a panic. The stock market’s spectacular plunge this week, triggered by growing fears that authorities will be unable to halt the spread of the deadly coronavirus, comes after years of warnings by regulators that share prices were frothy and investors were getting too complacent.

“ … In some of the more severe hypothetical scenarios of how this could play out, the outbreak threatens to expose lingering dangers that the Fed and other regulators have long been watching — from the record-high level of debt held by businesses to the unpredictable behavior of ultra-fast automated stock traders.”

OECD: TRADE TENSIONS WEAKENED OUTLOOK — More from the OECD interim economic outlook report: “The higher tariffs imposed on US-China bilateral trade over the past two years are an important factor behind the weakness of global demand, trade and investment. The US-China ‘Phase One’ trade agreement in January is a welcome development that should help to alleviate some of these effects. Nonetheless, the commitment by China to purchase an additional cumulative USD 200 billion of goods and services from the United States over 2020-21 (relative to a 2017 baseline of around USD 180 billion) will be challenging to achieve without distorting third-party trade, and bilateral tariffs remain substantially higher than two years ago.”

WARREN CALLS FOR TARGETED STIMULUS — In a speech Saturday night, Sen. Elizabeth Warren called for quick action to head off economic pain from the coronavirus outbreak, calling for “major, targeted fiscal stimulus.” “Our financial response should include providing direct support to businesses of all sizes that have seen their supply chains disrupted by manufacturing slowdowns across Asia,” she said. She also called on the Fed to “stand ready to offer low-cost loans to companies that agree to support their workers and that need a little help to make it through the next several months.”

MM sidebar: The central bank might not have the authority to provide such loans, depending on what Warren has in mind. The Fed has only limited authority to lend to nonbanks in an emergency (that authority, which was used to bail out AIG, was shrunk after the 2008 financial crisis). But regulators could, for example, offer credit under the Community Reinvestment Act — the landmark anti-redlining law that encourages lending to low-income communities — to banks who make such loans.

Warren also released a plan Sunday to increase financial regulation as it relates to climate change, including tougher stress tests for banks related to climate risks and more SEC-required disclosures.

BUSINESSES FRET OVER BERNIE — WSJ’s Greg Ip: “The rapid ascent of Sen. Bernie Sanders in the Democratic primaries—despite a weak showing in Saturday’s South Carolina vote—confronts American business with the once unthinkable: The most powerful policy maker in the world could soon be a strident, lifelong critic of capitalism and big business.

“Current and former business leaders and analysts have greeted the prospect with a mix of concern, skepticism and disbelief. Most doubt the Vermont independent, who calls himself a democratic socialist and caucuses with Democrats, could win against President Trump in November, and if he does, could not or would not implement his boldest ideas.”

ITALY UNVEILS STIMULUS MEASURES — FT’s Davide Ghiglione: “Italy will inject €3.6bn into its economy to mitigate the impact of the largest outbreak of coronavirus in Europe as policymakers around the world consider the consequences of transport and supply disruptions resulting from efforts to contain the disease. Roberto Gualtieri, Italy’s economy minister, said on Sunday the government would introduce tax credits for companies that reported a 25 percent drop in revenues, as well as tax cuts and extra cash for the health system.” 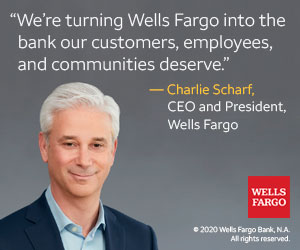 “An AmEx spokesman said the company found a very small number of cases ‘inconsistent with our sales policies.’ ‘All of those instances were promptly and appropriately addressed with our customers, as necessary, and with our employees, including through disciplinary action,’ he said.”

“Twitter is one of the few U.S. technology companies headed, but not controlled, by one of its founders. It has given shareholders equal voting rights, making Dorsey, who owns only about 2% of the company, vulnerable to a challenge from an activist investor such as Elliott.”

CHINA’S ECONOMY REELS — WSJ’s James T. Areddy: “China’s coronavirus epidemic is depressing its economic outlook, with new government readings on the manufacturing and service sectors validating informal indications that the country is struggling to get back to work. A Chinese government index that tracks sentiment among purchasing managers at manufacturers fell to its lowest level on record in February, dropping deep into territory that indicates a contraction …”

CHINA ALLOWS BANKS TO DELAY BAD LOAN RECOGNITION — Bloomberg: “China’s financial regulators said they will allow the nation’s lenders to delay recognizing bad loans from smaller businesses reeling from the deadly coronavirus outbreak. Qualified small- and medium-sized businesses nationwide with principal or interest due between Jan. 25 and June 30 can apply to delay repaying their debt, the China Banking and Insurance Regulatory said in a joint statement with the central bank on Sunday.”

WHAT WILL IT TAKE FOR WALL STREET TO REGAIN ITS NERVE? — NYT’s Matt Phillips: “Wall Street has often adopted a simple playbook when facing a stock market plunge: ‘Buy the dip.’ Not lately. In recent years, investors who jumped on downturns as chances to buy shares at bargain prices have profited from the move. Their buying, in turn, helped stabilize prices, snuffing out slumps before they morphed into panics. …

“The coming week will be another test for investors. Wall Street culture fetishizes forecasts and figures. Analysts and investors are rewarded for their ability to correctly gauge risk, incorporate those assessments into accurate forecasts and then make trades based on them. As a result, investors despise uncertainty, because it makes it difficult to generate good guesses about the future. And uncertainty is pervasive right now.”

WORLD ECONOMY CONFERENCE POSTPONED — Reuters: “A conference on the world economy due to take place in Italy later this month with Pope Francis taking part has been postponed until November because of the coronavirus outbreak, organizers said on Sunday. The conference, organized by the Roman Catholic Franciscan order, was to have taken place in Assisi on March 26-28 and be closed by the pope on the last day. It has now been rescheduled for Nov. 21. Organizers said the postponement was because many of the participants would not be able to travel to Italy. A number of airlines have reduced or canceled flights to and from the country. Participants from 115 countries had signed up.”

A message from Wells Fargo:

The Health 202: Officials still don’t want to call the coronavirus a pandemic. But experts say that’s what it is.